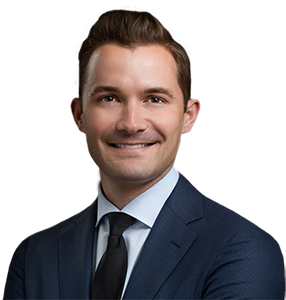 Tennis elbow, also called Lateral Epicondylitis, is a painful condition occurring from repeated muscle contractions in the forearm that leads to inflammation and micro-tears in the tendons that attach to the lateral epicondyle. The lateral epicondyle is the bony prominence that is felt on the outside of the elbow.

Signs and symptoms of tennis elbow can include the following:

Tennis Elbow is usually caused by overuse of the forearm muscles but may also be caused by direct trauma such as with a fall, car accident, or work injury.

Tennis elbow is commonly seen in tennis players, hence the name, especially when poor technique is used when hitting the ball with a backhand stroke. Other common causes include any activity that requires repetitive motion of the forearm such as painting, hammering, typing, raking, weaving, gardening, lifting heavy objects and playing musical instruments.

Tennis elbow should be evaluated by an orthopaedic specialist for proper diagnosis and treatment. Your physician will perform the following:

Diagnostic Studies may include:

Your physician will recommend conservative treatment options to treat the tennis elbow symptoms.  These may include:

If conservative treatment options fail to resolve the condition and symptoms persist for 6 -12 months, your surgeon may recommend you undergo a surgical procedure to treat Tennis Elbow called Lateral Epicondyle Release surgery.  Surgery is considered a last resort for this condition and only 1 in 10 patients require surgical intervention.  The surgical success rate for relieving Tennis Elbow pain is 85-95%.

Your surgeon will decide whether to perform your surgery in the traditional manner or endoscopically.  Traditional surgery involves up to a 2” incision in the elbow area, whereas endoscopic surgery involves one or two ½” incisions and the use of an endoscope with a camera for viewing internal structures. The television camera attached to the endoscope displays the image of the joint on a television screen, allowing the surgeon to look throughout the elbow joint at cartilage, ligaments, nerves and bone. The goal of tennis elbow surgery is to remove the diseased tissue around the outer elbow, improve blood supply to the area, and alleviate the patient’s symptoms.  This surgery is usually performed in an operating room under regional or general anesthesia on an outpatient basis as day surgery.

Your surgeon makes one or two small incisions, about ½ inch each, to the outer elbow area, the lateral epicondyle. Each incision is called a portal. These incisions result in very small scars, which in many cases are unnoticeable. A blunt tube, called a Trocar, is inserted into each portal prior to the insertion of the endoscope and surgical instruments. With the images from the endoscope as a guide, the surgeon can look for any pathology or anomaly. The large image on the television screen allows the surgeon to see the joint directly and to determine the extent of the problem. The second portal is used for the insertion of surgical instruments. This portal will be used to move aside soft tissue in order to view the extensor tendon and its attachment on the lateral epicondyle. The surgeon then trims the tendon or releases the tendon and then reattaches it to the bone.  Any scar tissue present will be removed as well as any bone spurs.

After the surgery is completed, the portals (incisions) are closed by suturing or by tape. Endoscopic surgery is much less traumatic to the muscles, ligaments, and tissues than the traditional method of surgically opening the elbow area with long incisions. After surgery, your surgeon will give you guidelines to follow depending on the type of repair performed and the surgeon’s preference.

The Journal of Arthroscopic and Related Surgery